Winemaking on the Edge

Crafted in New York, but inspired from everywhere, New York is a unique community of passionate producers who approach winemaking with a multitude of personalities and backgrounds—they’re not alike, and they like it that way. Wine has been made in New York since the 17th century and its unique history of hybrid cultivars paired with an increasing amount of planted Vitis Vinifera has positioned the region as one of the most diverse and resilient. In New York wines you’ll find subtlety, depth, and nuance; it’s no surprise that they’ve found a place on the global stage, alongside other great wine regions of the world.

This three-part series, led by wine writer and educator Kelli A. White, takes a look at New York wines side by side with other great wine regions of the world, exploring the common threads as well as the varied approaches to viticulture and winemaking.

Ep. 3 – Winemaking on the Edge

In the third and final episode of this season’s New York Wines, Online! webinar series, New York will stand alone as one of the world’s top premier regions for cool and cold climate viticulture. From the North Fork of Long Island to the Finger Lakes and beyond and back to Brooklyn, the Empire State is home to over 2,000 wineries and vineyards, a diverse range of micro-climates with one thing in common: a pioneering spirit. Host Kelli A. White will lead a lively discussion on how and why New York is boldly coming into its own, and learning how to use its cool-climate, unique winegrowing to craft its own distinctive style of wine. 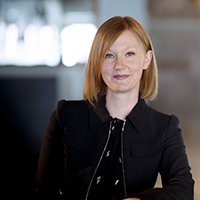 Kelli A. White is the Director of Education for the Wine Center at Meadowood in Napa Valley. Prior to that, she worked as a sommelier, first at New York City’s Veritas and then at PRESS in St. Helena. Between 2017 and 2019 she worked as Senior Staff Writer at the educational nonprofit GuildSomm, where her writing won her two Roederer Awards. Her writing has also appeared in World of Fine Wine, Robb Report, and Vinous, among others. On the book front, she contributed to the most recent additions of the World Atlas of Wine and the Oxford Companion to Wine, as well as the Academie du Vin Press works On California and On Champagne. Wine Enthusiast named her a top 40 Under 40 wine influencer in 2018.

To enhance your upcoming experience, we are pleased to continue our partnership with Cabot Cheese. Cabot is a co-operative including more than 500 New York farm families that have been committed to making exceptional (and sustainable) cheese since 1919. This partnership will continue to showcase the best of New York’s products and producers.

In addition to the wine packs for trade & media, Cabot will be shipping cheese samples, along with information about their history, how to enjoy and store their cheeses. Note: Cheese is meant to enhance your experience, but is not selected to pair with the specific wines and will not be discussed during the seminar.