Raised on an Erie Canal town just north of the Finger Lakes, like so many teenagers before him, Kelby was certain he would never return after High School. To his surprise, after graduating from Harvard College in 2009 he found himself learning winemaking in the Finger Lakes rather than living and working in an East Coast city. To his delight, he couldn’t be happier. Kelby interned at Fox Run Vineyards under the wily Peter Bell from 2009-2011, with winter/spring interregnums to work harvests in Australia and New Zealand, before landing at Red Newt Cellars in 2012.

In the ensuing years he has helped push Red Newt’s Riesling reputation ever further, while also becoming the consulting winemaker for the Empire Estate Riesling project and Thomas Pastuszak’s Terrassen wines. In a career highlight, in 2019 Kelby co-organized the FLXcursion Conference with Oskar Bynke of Hermann J. Wiemer. This International conference brought a who’s-who of winemakers,journalists, and trade to the region for a three day celebration of the Riesling grape and Finger Lakes wine region.In a winemaking romance, Kelby is married to Julia Hoyle, winemaker at Hosmer Winery. The two met while working together behind the tasting bar at Fox Run in October 2009, and neither can believe how lucky they are. Too difficult to narrow it down! But for a quirky answer, how about Knapp ‘Pasta Red’ or Anthony Road’s ‘Tony’s Red.’ While they may not be my style of wine, they have broke through on the most recalcitrant restaurant wine lists, proving that NY wines belong everywhere!

How did you come to pursue a career in wine?

I always had a love for food and cooking while growing up, which remains with me to this day.While in college that grew to include an interest in the burgeoning microbrew beer scene, and eventually into wine as well. I was fortunate in my senior year to work on a vineyard in Tuscany, travel to Burgundy, and take a non-credit wine seminar at college; at which point I was totally hooked! My prior plans of going into Orchestra Management were put on hold as I decided to chase down this crazy notion and passion for wine, and I never looked back.

When did you come to New York and brought you here?

In all seriousness, the real question is what brought me *back* after going to college in Boston and thinking I would never return (at least to Upstate New York). As someone who grew up outside of Rochester in the 1990s, my memories of the nightly news always involved layoffs in the region, Kodak’s struggles, and the feeling of Rust Belt decline. So it is no small irony that economic opportunity is what brought me back!

What would have been an unthinkable statement 20 years before was suddenly true; as a young winemaker, the Finger Lakes was and is truly a place of limitless potential. The wine scene is exploding, and the chance to write your own story – and help craft a region’s story – is actually quite unique in the wine world at the moment. Certainly I could have looked to California or Oregon, but so many of those regions are already starting to ossify; the wine styles are generally set, as are the grapes and the main players. In the Finger Lakes, the sky is still the limit! Our story has yet to be written, and there is nothing more exciting than that.

In a region that used to be the butt of economic jokes, now there is a real sense of being able to soar both regionally and individually. I think it is no mistake that we’ve seen a huge influx of talent coming to the region in the past few years, from the rest of the US and internationally.Why climb the corporate ladder out West – come to the wild (wine) East!

In your opinion, what makes New York’s wine industry unique?

The sense of possibility and enthusiasm (also mentioned above) would absolutely be my top answer! But for an additional angle, I think the camaraderie of the New York wine industry is also notable. The Finger Lakes in particular is a region that owes everything to its farming heritage, and it never ceases to amaze those from other wine regions how closely wineries here work together. The support we offer one another, the shared belief that a rising tide lifts all boats, the communal tastings and feedback; these are all a remarkable departure from the secrecy and conflict that define many a wine region. In your opinion, how does New York compare to other regions known for their wine (both nationally and internationally?

If we learned nothing else from the FLXcursion conference this past July, it was that the Finger Lakes is a world class region on 100% equal footing with other Riesling regions around the world. More than one trade and journalist attendee from outside the region commented on this fact, and the fact that the Finger Lakes had planted a flag as Riesling’s best home in North America. While there is always an interest in new grapes and wine styles, our prowess with Riesling here should be rightly trumpeted above all else.

Who do you think are the most influential and/or interesting people in wine in New York?

I think the stories of the key early-2000s winemakers (and NYC supporters) are fascinating and unknown yet. The young generation I am a part of is dynamic and exciting, but the people who carried us through the 90s and early 00s to get us to today are now overlooked 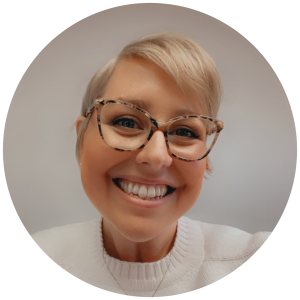