PENN YAN, NY – One of the smallest wine producers in the Finger Lakes is celebrating a huge milestone: New Vines Winery turns ten this year.

High school sweethearts and Rochester natives, Todd and Dani Eichas always dreamed of retiring to Finger Lakes wine country. As wine and gardening enthusiasts, the couple decided that dream would include growing grapes. The Eichases purchased land to build their bed and breakfast overlooking Seneca Lake in 2007 and that same year, Todd put his green thumb to work planting the first vines. New Vines Winery officially opened in 2011.

“To me, my vineyard is an extension of my garden. I want it to be aesthetically pleasing as well as functional. That means keeping it as weed free as possible using only mechanical cultivation and no herbicides,” said Todd Eichas, co-owner of New Vines Winery.

The vineyard work and winemaking at New Vines is done in-house by Todd and Dani, but not without a helping hand over the years.

“Starting out, we had our fair share of challenges, but there were plenty of resources available to get us to where we are today. We’ll always be thankful for the collaborative spirit of the Finger Lakes wine industry,” said Todd.

To pay it forward, New Vines has made sizable contributions to the local wine industry. Todd can often be seen tending to the garden at Fox Run Vineyards and assisting neighbor winemakers at harvest.

“Todd’s got to be one of the most under-appreciated winemakers in the Finger Lakes,” said Vinny Aliperti, winemaker and co-owner of Billsboro Winery. Aliperti is fan of New Vines wines, particularly this year’s Rosé and Gruner Veltliner. He’s not alone.

“New Vines is making some of the best Gruner in the region. His wines are really the best kept secret of the Finger Lakes,” said Scott Osborn, co-owner of Fox Run Vineyards.

After ten years of quietly growing their fan base, New Vines Winery is ready for the spotlight.

On Saturday, June 26, New Vines Winery will host a day of tours and tastings to celebrate ten years. Guests will be greeted with a welcome wine, followed by a tasting paired with charcuterie and a tour of the property. Tickets are $15 per person. Advanced reservations are required and can be made at www.eventbrite.com/e/new-vines-winery-celebrates-10-years-tickets-155727297539.

New Vines Winery is open for regular tastings from May through November. Reservations are required and can be made by calling (315) 536-4087. 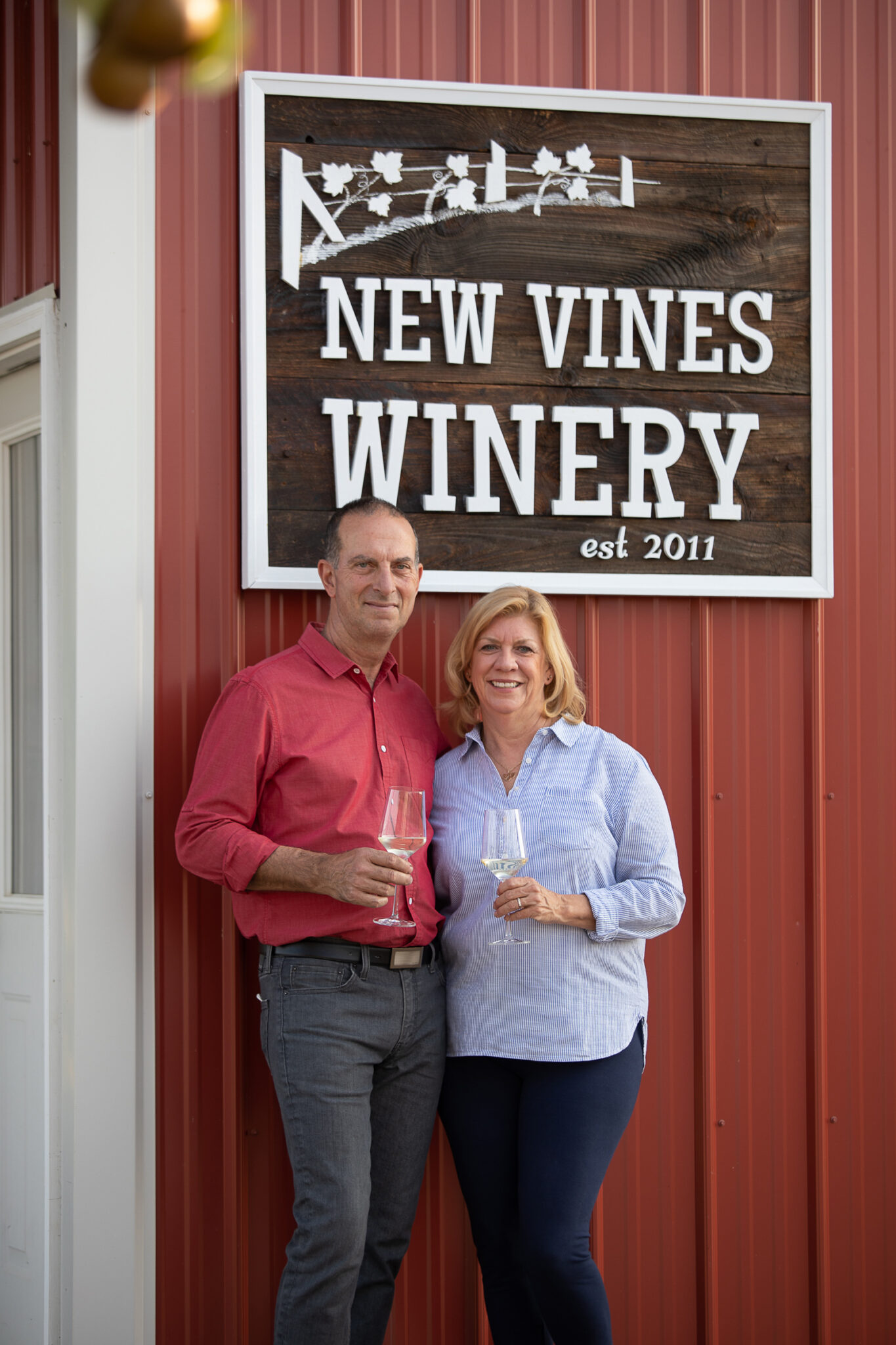 New Vines Winery is one of the smallest wine producers in the Finger Lakes, affording owners, Todd and Dani Eichas the opportunity to provide meticulous care of their vines and grapes. The results are high quality wines that are easy to enjoy.
PrevPreviousNew York Wine and Grape Foundation to Update VineBalance for Statewide Sustainability Program
NextIncentives are available to help your vineyard save with solar!Next