Once complete, the new building will provide the family run winery with the space it needs to triple its wine production over the next 10 years. The new building will house an all-new Tasting Room, where the winery plans to offer new services customers have long desired, such as wine by the glass, outdoor seating, and light dining (charcuterie boards, tapas, etc.). The winery will introduce classes (wine pairing, crafting, wine education) and launch tours of the new facility. There are also plans to rent event space for private events and conferences. The goal is to complete the construction by April 2022, in time for the winery’s 14th anniversary celebration.

“This groundbreaking is the start of a new chapter for Adirondack Winery,” said Adirondack Winery President and
Co-Owner Sasha Pardy. “This company started as a small family business, making wine in the back room of our Lake
George Tasting Room almost 14 years ago. Now we’ve grown to the point where this new building is the only way we
are going to keep up with demand. Beyond that, we are very excited for all the new opportunities this new building is
going to provide for us. We’re going to create a facility that is unlike anything else in Warren County. We want to be a
destination for craft beverage lovers from across the Northeast, and this groundbreaking is the first step toward
making that happen.”

The project has created 12 new construction jobs already and will create an additional 13 more at the winery over the next two years (7 full-time professional jobs and 6 part-time jobs).

An estimated 3,000 square feet of usable green space will surround the new building, and the winery plans to install
outdoor seating and firepits in time for summer 2022. The winery will also plant grapevines and apple trees on the
property. Solar panels will be installed on the roof, generating enough power to cover the electricity usage at its Big Bay property and its Lake George Tasting Room.

Tim Barber’s JAG Group LLC of Wilton designed and is building the new facility. With its winemaking operation
moving to the new building, the winery plans to remodel its existing headquarters building to expand its office space and shipping area.

“Since opening in 2008, Adirondack Winery has continued to distinguish itself with many award-winning, handcrafted
wines and a very thoughtful customer-oriented experience,” said Senator Dan Stec (45th District). “This new Queensbury facility will only add to the wonderful experience that tourists and many locals love so much. I wish them much success on this new endeavor.”

“We are very excited that Adirondack Winery, a wonderful, homegrown Warren County business is growing again,”
Seeber said. “Their new Queensbury facility will bring an experience unlike any other to the Lake George Region. I am
proud to support them as they continue to grow their business and wish them much success on this new endeavor.”
New York State Assemblyman Matthew Simpson (114th District) said, “Having gone through the joys and challenges that come with starting and growing your own business, I know just how monumental the occasion is for Sasha and Mike.

What they have been able to accomplish for themselves and the area thus far in their journey is impressive in and of
itself. This new stage in their growth, however, is nothing short of remarkable. I am excited to see what the future
brings for them and for the entire regional economy.”

The winery also plans to serve craft beverage products other than wine at the new Queensbury Tasting Room. They
plan to exclusively serve locally made New York beer, cider, and spirits.

In March, the winery began a rollout of an updated label redesign. The new labels feature bolder flavor callouts, color
foiling and other tweaks designed to boost sales at liquor stores and other wholesale and retail venues. Adirondack
Winery wines can be found at more than 450 liquor stores and restaurants across New York state. This expansion will
allow the company to pursue expansion into wholesale in other Northeast states.

Adirondack Winery currently produces more than 35 fruit-infused and traditional varietal wines made almost entirely
with New York grapes. Its wines have won over 200 medals at regional and national wine competitions, including a
recent Double Gold medal win in June for its Moonlight Lemberger rosé and a Best of Class win for its Stargazer
Lemberger red wine at the 2020 New York Wine Classic. 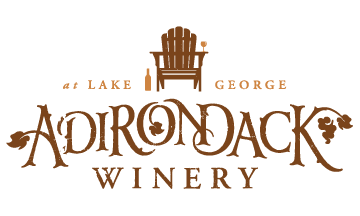 Founded by lifelong lovers of the Adirondacks, Mike and Sasha Pardy, Adirondack Winery is recognized as one of the most celebrated and acclaimed wineries in New York state. They offer over 35 fruit-infused and traditional varietal wines, and their Tasting Rooms in Lake George, Bolton Landing and Queensbury are frequently listed as top attractions in the Lake George region. Adirondack Winery wines can be found in over 450 New York liquor stores and are available for purchase 24/7 at adkwinery.com.
PrevPreviousNYWGF Issues RFP for Conference & Event Management
NextWaterloo Container to Enhance Shrink Sleeve CapabilityNext