Eggs Benedict with Champagne…Mimosa with Fruit Crepes...Sorry, but you’ll have to wait until noon!

That has long been the situation in New York State…until this week when Governor Andrew Cuomo signed legislation to liberate Sunday brunch, along with several other measures to further advance New York’s craft beverage sectors, including wine.

It’s ironic that our liberal, progressive, trend-setting state has remained in the dark ages so long when it comes to the antiquated Alcohol Beverage Control Law, created right after the Repeal of Prohibition. In the latest example of “entrepreneurial government“, Governor Cuomo decided to shed some light on this situation by convening an ABC Working Group of industry representatives under the direction of State Liquor Authority Chairman Vincent Bradley.

For the wine, beer, spirits, and cider sectors, many constructive changes had been made already as a result of three “Summits” convened by the Governor. So our wish list is much shorter than it was in 2011. But this group agreed that there is no logical reason why restaurants and diners should have to wait until noon to fully enjoy brunch. It’s the absurdity of the “Blue Laws”. Among the changes in the new law:

— Restaurants and bars may serve alcohol on Sundays starting at 10 am; and may apply for up to 12 permits per year to serve alcohol from 8 am to 10 am in areas outside of New York City.

— Craft beverage licenses (for beer, cider, spirits, and wine) have been combined into one application, reducing burdensome paperwork requirements for small businesses that want to produce more than one beverage.

— Wine may now be sold in reusable, environmentally friendly growlers at the wineries, and customers at wineries may take home partially finished bottles of wine.

— The fees for a solicitor’s permit have been eliminated for craft manufacturers, and the bond requirement has been removed for all manufacturers.

— Fees have been reduced for small wholesalers.

— Liquor stores may sell gift wrapping and gift bags to their customers.

These are just the latest changes of many which have stimulated unprecedented growth in the craft beverage sector. Since 2011, the number of farm wineries has grown by 60%, microbreweries by 270%, with farm distilleries and farm cideries also growing very strongly. It’s a win-win: Enlightened government policy stimulates new businesses which create jobs, pay taxes, and help grow the State economy.

Governor Cuomo signed this bill at the Genesee Brew House in Rochester and also announced a $49 million investment in the historic Genesee Brewery that will create new jobs, draw hundreds of thousands of tourists to the area, and create an “Eco-Brewery District” that will provide a sustainable destination for brewing, tasting, and learning about beer in Rochester. The public-private financial partnership is part of the Governor’s Upstate Revitalization Initiative.

The Genesee Brew House overlooks the High Falls of the Genesee River, which with a 96-foot drop is the highest falls within any city in the United States.

As the 2016 grape harvest in New York gets seriously underway, New York Agricultural Statistics (NASS) has given us a picture of what happened in 2015 relative to the four previous years.

Table grapes (fresh fruit available only in the fall) comprise less than 2% of total production (2,000 tons priced at $1,500 per ton, for $3,000,000 total value); while the price looks great, they’re also far more expensive to produce, harvest and market than grapes processed into wine or grape juice.

In short, the New York grape industry has three distinctly different segments–table grapes, grape juice, and wine–but what they all have in common is the vagaries of Nature. It’s farming!

The magazine also has a nice article by Stuart Pigott on the wine country and wines of Michigan, which produces not only some great Rieslings but also surprising big reds like Syrah, which I had the pleasure of judging a couple months ago. Who knew?

The Great New York State Fair was the greatest ever this year, with the 1,100,000 fairgoers representing a 23% increase in visitors over last year and the highest attendance in the Fair’s 175-year history.

The State of New York had made a $50 million investment to improve the Fair facilities and provide many new attractions, which clearly had an impact on attendance. We also applaud Acting Director Troy Waffner for his and his team’s hard work in pulling everything together.

While we haven’t taken a formal survey, feedback from participating wineries has been very positive, with one long-time participant saying it was by far the best year they ever had.

And, while we’re at it, congratulations to Penguin Bay Winery for winning “”Best of Show”” with its 2013 Vidal Blanc Ice Wine at the State Fair Wine Competition.

The Cayuga Lake Wine Trail, America’s first and the inspiration for many more in New York and other states, has released a new app that is integrated with Google maps to ease travel for tourists.

Whether planning a trip or already traveling the Trail, visitors can access all 16 member wineries as well as a list of attractions, accommodations, dining, transportation and visitor services. The app is downloadable on Apple and Android devices, with more information at http://cayugawinetrail.com/about-us/news/153/cayuga-wine-trail-releases-new-mobile-application. 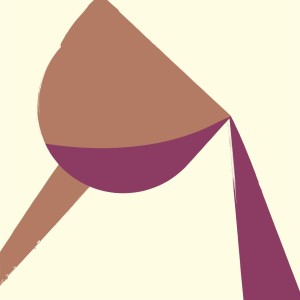 The mission of the New York Wine & Grape Foundation is to promote the world-class image of New York grapes and wines from our diverse regions to responsibly benefit farmers, producers and consumers through innovative marketing, research, communication, and advocacy.
PrevPreviousWashington Gets a Taste of New York
NextNew York Wine & Grape Foundation Debuts New Brand + Snags Spots on Wine Enthusiast’s 40 Under 40 ListNext