A Taste of the Finger Lakes: Exploring the stories behind the bottles

In 1867, something unexpected happened: a New York wine received an honorable mention at the Exposition Universelle in Paris–a first for American sparkling. The wine? A Méthode Champenoise bottling of Catawba grapes by Pleasant Valley Wine Company, Bonded Winery No. 1 in the state. Founded in 1860 on land where the terroir is reminiscent of Champagne, France, the winery secured Gold in Vienna and quickly became known as Great Western, a nickname after earning the tagline “the Great Champagne of the Western World.”

The winery, still in operation today, is a fixture in Finger Lakes history and a reminder the region has been making wines worthy of the world’s stage since the beginning. Year after year reinvention persists, quality heightens, and new bottles bubble to the surface to help drive regional progress. Here’s a peek at four to try right now:

Wines of this ilk are what Kelby James Russell calls flag-planting wines that make critics and consumers take notice. Wines like The Knoll, which Kelby, winemaker at Red Newt Cellars, makes from just two acres of Riesling in the heart of Lahoma Vineyards. The wine is a Finger Lakes take on the textural and full-bodied wines coming from Germany, Alsace, and Austria driven by optimal conditions. Things like the vineyard sitting at 830’ elevation. The well-draining soils on land farmed by Ken and Harlan Fulkerson. The winemaking team’s extreme attention to detail while fruit thinning in the weeks leading up to harvest. And time in the cellar with a long, slow fermentation gently guided by Kelby and assistant winemaker, Meagz Goodwin.

“I tend to think that my favorite way to enjoy it is when I’m tasting it with someone who is either just being introduced to Finger Lakes wines or already thinks they have an opinion about what the region can do.” It’s no wonder Kelby loves sharing this wine forward and calls it cutting-edge in nature, which keeps tastings exciting: “there is nothing more fun than having that element of surprise up your sleeve–which might be a great metaphor for why I love working in the FLX in general.”

Though Mel Goodman’s first plantings were Riesling and Pinot Noir, the first red he bottled was Leon Millot. “Pinot is notoriously difficult to grow,” Mel notes. He owns Keuka Lake Vineyards, and was farming and selling crops from a four acre experimental hybrid vineyard planted by Charles Fournier circa 1950. An outspoken friend (and KLV’s future vineyard manager) named Ray Hughes made Mel rethink the business plan in 2005 when he said: “Mel, don’t sell that Leon Millot. Make wine from it. Charles Fournier made the best red wine in the Finger Lakes from Leon Millot.” So that’s what Mel set out to do.

“We never made wine to make an award winning wine, but rather to make wine from grapes that we thought we could make into a first rate wine, whether or not it won awards.” The wine, which quickly became a bestseller, has won Best Red Wine at the New York Wine Classic twice–11 years apart. Despite the acclaim, Mel’s focus remains embracing the potential of a hybrid grape to make quality wine: “we hope that the recognition that a hybrid wine received will spur other Finger Lakes wineries to try their best with Leon and other hybrids.”

The first bottling of Lamoreaux Landing Wine Cellars T23 Unoaked Cabernet Franc was released 20 years ago. “It was the brainchild of Owner, Mark Wagner, who wanted to showcase his estate grown Cabernet Franc fruit without the interplay of oak tannins and barrel aging,” says co-owner, Josh Wig of the initial 500 gallon lot made from a tank labeled 23. As popularity has soared, so has production. “It has outgrown Tank #23. We just bottled 2000 cases (nearly 5000 gallons) of the 2021 vintage.”

Cabernet Franc is the most widely planted red v. vinifera variety planted in the Finger Lakes. Cold-hardy and vigorous, the grape is considered a workhorse, producing medium bodied food-friendly wines. Josh’s ideal pairing is “grilled venison steak with roasted garden vegetables.” Winemaker Jesse Alexander loves the wine for its versatility, “the delicate fruit, acidity, and soft grape tannins are really intriguing to me.” Lamoreaux’s sustainably farmed estate fruit from Passmore Vineyard undergoes carbonic maceration and six months of aging in stainless steel. The resulting product is bright, juicy and delicious with a chill. “A perfect pairing for me would be Spanish jamón, manchego cheese, olive oil and sea salt, and a tangy sourdough bread,” continues Jesse. “[You] can’t go wrong! Add some dolmas and pickled piquante peppers… perfect summer dinner!”

It was on his family’s apple orchard in Niagara County that Paul Hobbs cultivated his love of terroir. He’d taste the same variety grown in different orchards miles apart and would be struck by the impact on flavor and texture. Years later, the influence of this experience can be seen in his approach to wine. Paul has pursued excellence in the bottle through projects in California, Argentina, France, Armenia, Spain, Canada, and now the Finger Lakes in search of world-class Riesling. Since the 2013 purchase of land on the rocky southeastern slopes of Seneca Lake, the team at Hillick & Hobbs have pursued 21 acres of high-density plantings of Riesling, released two estate grown bottlings, and opened a tasting room with a view.

“Hillick & Hobbs holds special meaning to founder Paul Hobbs, who named the winery after his parents, Joan Hillick and Edward Hobbs.” The winery is a homecoming, as Paul’s parents met while studying at Cornell before settling down upstate. It is also a dream realized, with precision at the center of a singular goal: “we are focusing on what we have in front of us and working on producing the highest quality Resiling that can compete with the best the world has to offer.” The Estate Riesling is lush, aromatic, and textural. With Vineyard Manager Samuel Pulis and Winemaker Lynne Fahy working closely with Paul, the bottle is also a beautiful reflection of place.

Though the Finger Lakes has been making wines worthy of the world’s stage for over a century, more eyes are on the region now than ever. “A rising tide lifts all boats” is a common phrase around the area, and said more often as new wines take center stage. With a swell of producers showcasing the best the land has to offer, the future looks delicious. 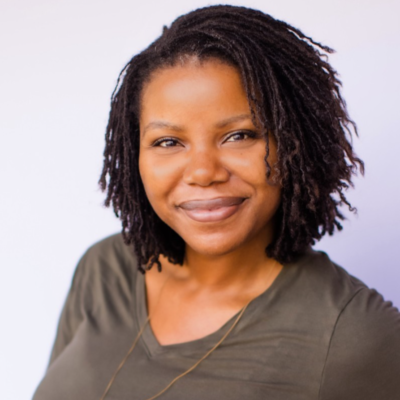