How one man’s journey inspired a Finger Lakes wine brand

Ben Riccardi’s 31-acre family farm sits on the southeast side of Seneca Lake in the town of Burdett. Soon, it will be home to Osmote Wine, the brand he’s been steadily building since his first vintage in 2014. Currently, Osmote is created with grapes sourced from farmers mostly along Seneca and Cayuga Lakes, but Ben has big plans for the future.

He purchased the farmland in the summer of 2018 with his wife, Brittnie, just a month before their wedding. They’ve since spent the time partnering with local farmers to revitalize the land through regenerative farming in preparation for future vineyards. They also oversee a small orchard, several gardens, and a herd of pasture raised pigs. Somehow, Ben and Britt managed to squeeze in the birth of their now two year old daughter, Mia. Ben’s mother has started building a home on the land, which feels like a dream realized. “Just knowing that Mia [can] independently run across the farmland to go see Grandma is going to be so exciting,” he says as Mia laughs in the background, full of jumbled baby words and giggles.

Unsurprisingly, Ben’s career journey seems to also have been driven by naturally seeking balance in life–something he often referred to as “a recurring theme of homesickness. I [felt] like I was close, but I just didn’t feel close enough.”

The first time homesickness hit, Ben was in Colorado and decided to move back Upstate and attend a local school for the affordable in-state tuition. “Having grown up outside of Ithaca, I didn’t fully understand the magnitude,” he said of the Bachelor of Science in Viticulture and Enology he holds from Cornell University. “I studied vineyard management on a whim but once I got involved in the wine world and started understanding (really for the first time in my life) what plants do and how they work. I loved it.”

After graduation, Ben chased harvests across hemispheres for seven years, eventually landing at City Winery’s Manhattan location in 2013. This move turned out to be a transformative one. Personally, he met his wife, Britt, who was also the Hospitality Manager. Professionally, he was on the move; working his way up to Associate Winemaker and being entrusted with the New York City wine program in full. He also began making an inoculated Finger Lakes Riesling for their New York portfolio with wild yeast ferments in large format oak barrels. This was like nothing City Winery had ever done before, and the beginning of Ben’s signature style focused on balance.

A year in, Ben produced the first vintage for his own line, Osmote Wine–200 cases of Chardonnay sourced from Seneca Lake. Alongside the local grape grower, he worked with Damiani Wine Cellars as a local production partner. In 2015, he produced a similar output, and just as he started to gain momentum, 2016 happened. The stunning growing year left no available juice for purchase–a devastating blow. Still, Ben felt optimistic: “I could tell that we were accomplishing what we wanted to accomplish. I felt like something really exceptional was in the works.”

The challenge enforced Ben’s next steps, “If Osmote was ever going to really become something of significance I needed to be here, I needed to be present.” In 2017, Ben and Britt moved home to Upstate New York. “I quit my terrific job. I got my wife to quit her terrific job. And we moved […] away from everything. We just leaned into it.” That year, Osmote produced 1100 cases of wine and never looked back. Also that year, Ben’s first vintage won Best Oaked Chardonnay at the 32nd New York Wine and Food Classic. With great restraint, balance and beautiful texture, his low-intervention style allows the land and the varietal to sing in the glass. It is a statement about the power of Finger Lakes Chardonnay.

All the way in

2020 was a milestone year for Ben. “Osmote was really successful in the on-premise category (I sold wine at restaurants). That was my bread and butter.”  High demand meant Osmote had outgrown its previous facility and Ben was well underway transforming a former 18-wheeler trucking garage into his own production winery, complete with presses, tanks, and barrels. But when the pandemic hit NYC in March 2020, on-premise sales “evaporated”; as did distribution–a result of the European Airbus Tariffs forcing Osmote’s main distributor to cut domestic budgets. And, without a tasting room, the brand began to rely on direct-to-consumer sales for the first time. Things like social media and a newly redesigned website suddenly became necessary investments.

Currently, Ben’s focused on influencing permaculture. Like many others who call the region home, he feels there’s a “brilliance and uniqueness” of the Finger Lakes that’s become an important part of his brand ethos. “Terrific grape growing comes down to great land stewardship. You have to be invested in [and] care about the land,” says Ben. “I feel like we have an important role in maintaining the natural beauty here.”

He hopes to open a tasting room on his farmland before the end of 2021, which has become more of a priority since the start of the pandemic. “I’ve got really good support from my wife. She’s a believer, and wants this to succeed for me–for us. […] So we’re going to do what it takes. And, you know, why not? We’re just a happy family trying to do right by the land and create something that hopefully will last for a while.” 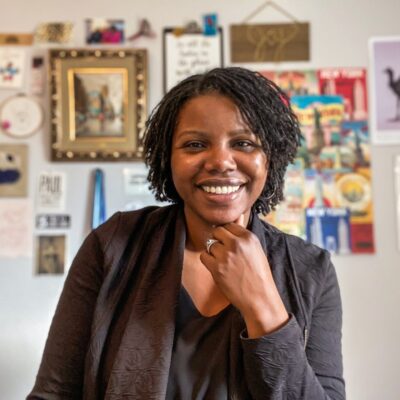